Justice. One Client at a Time.

In New York, violent crimes cover a broad range of offenses including weapons charges, robbery and burglary, assault, murder and manslaughter among others. They involve using force, causing physical harm to another individual or threatening to inflict bodily harm on them.

Violent crimes are considered among the most serious in state and federal courts. As a result, they carry harsher punishments than nonviolent offenses. For the most severe violent charges there is a possibility of life in prison without parole. With your future at stake, having a top attorney fighting in your corner is crucial. Otherwise, you risk facing the full force of the law and jeopardizing your freedom.

Brill Legal Group’s thorough, aggressive approach has procured many favorable results for clients in Nassau County, Suffolk County and New York City over the years. As a former Nassau County Assistant District Attorney, Peter E. Brill has insider knowledge of how the prosecution develops cases and uses evidence. This knowledge, combined with his criminal trial experience, makes him and his legal team well-equipped to help you fight violent crime charges. 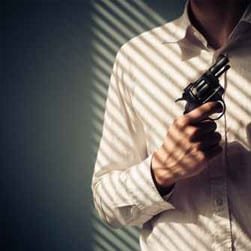 New York has some of the strictest weapons laws in the country, especially concerning firearms. However, one thing many people do not realize is that the state classifies a wide variety of objects besides guns as weapons. These include knives, bats, brass knuckles and other items that may be used to harm another person.

Individuals facing weapons charges need a dedicated criminal defense lawyer who has in-depth knowledge of firearms and weapons laws. Brill Legal Group prides itself on providing personalized legal representation to our clients, working hard to protect their liberties. We often uncover mistakes made by police officers during an arrest. For example, an illegal search and seizure can lead to dropped charges. Our law firm handles all forms of weapons-related charges including: 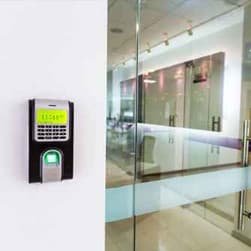 Robbery involves the use of violence, intimidation or force to take something from another person. Burglary consists of trespassing, home invasions, or breaking and entering with the intent to commit a felony offense such as rape or larceny. Individuals accused of robbery or burglary may have other related charges leveled against them like assault or weapons offenses. For example, a person attempting a robbery may have used a gun against a victim.

Prosecutors often rely on incriminating evidence to build their robbery or burglary case against you, like the discovery of stolen objects in your vehicle or among your personal possessions. At Brill Legal Group, our attorneys will examine all the evidence in detail and challenge the methods used by law enforcement to obtain it. We use all available resources to develop an ironclad defense for our clients. 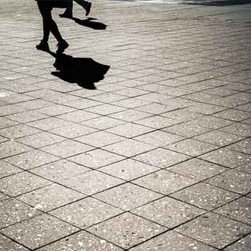 There are several different types of assault charges in New York. The most common is assault in the third degree, which is classified as a misdemeanor that is punishable by up to a year in jail. It consists of intentionally causing injury to another person.

Aggravated assault charges are also possible, depending on whether a weapon was used and the extent of the injuries the victim sustained. A number of other factors also come into play when prosecutors determine how to charge an individual, including the relationship between the parties involved and the accused’s intent. Knowing how and when to tell your side of the story is crucial to resolving your case.

We also handle many other types of assault including:

It is critical that you have an attorney who knows how to get results and understands the complexities of assault charges. At Brill Legal Group, we fight aggressively to obtain a reduction of the charges or a dismissal of the case altogether. We provide assault defense to clients in Nassau County, Suffolk County and throughout New York City.

Murder and manslaughter carry the harshest penalties in the justice system due to the seriousness of the charges. In such cases, the classification of a crime as murder or manslaughter depends on the intent behind the offense. In New York, the punishment for second-degree murder is 25 years to life in prison. With such high stakes, you need an experienced New York defense attorney who will leap into action when your freedom is on the line.

Brill Legal Group strives to protect the rights of our clients. We understand what it takes to fight such complex cases, whether it is challenging the evidence against you or building effective defense strategies. Our lawyers handle a range of murder and manslaughter charges including:

If you are accused of a violent crime, you may be facing potential jail time and other serious consequences. In such circumstances you need a knowledgeable New York criminal defense attorney to ensure you get a fair hearing and obtain the best outcome possible in your case, whether it is a reduced sentence or an outright dismissal. The attorneys at Brill Legal Group have the skills and experience required to provide clients with effective representation. We do whatever it takes to protect your rights and freedom. If you have been charged with robbery, burglary, assault, murder or other types of violent crimes, contact our criminal defense lawyers as soon as possible to schedule a free initial consultation. We have offices in Hauppauge, Hempstead and Manhattan. Call our violent crime defense attorneys today toll free: 888-315-9841

Not Guilty on Aggravated Harassment Charges

Our client, a Bay Ridge (Brooklyn) resident, was charged with Assault in the First Degree with a Deadly Weapon (a sushi knife) by the Richmond County District Attorney's Office in Staten Island. Through negotiation and savvy presentation of our case to the District Attorney, the Case was Dismissed.

Not Guilty on Weapons Possession

Our client, a Brooklyn resident, was charged in Kings County Supreme Court with multiple counts of arson, weapons possession, reckless endangerment and criminal mischief for allegedly shooting up the cars of a former friend and returning a few days later to torch one of the cars, which was all caught on video. He was found Not Guilty of all charges at trial.